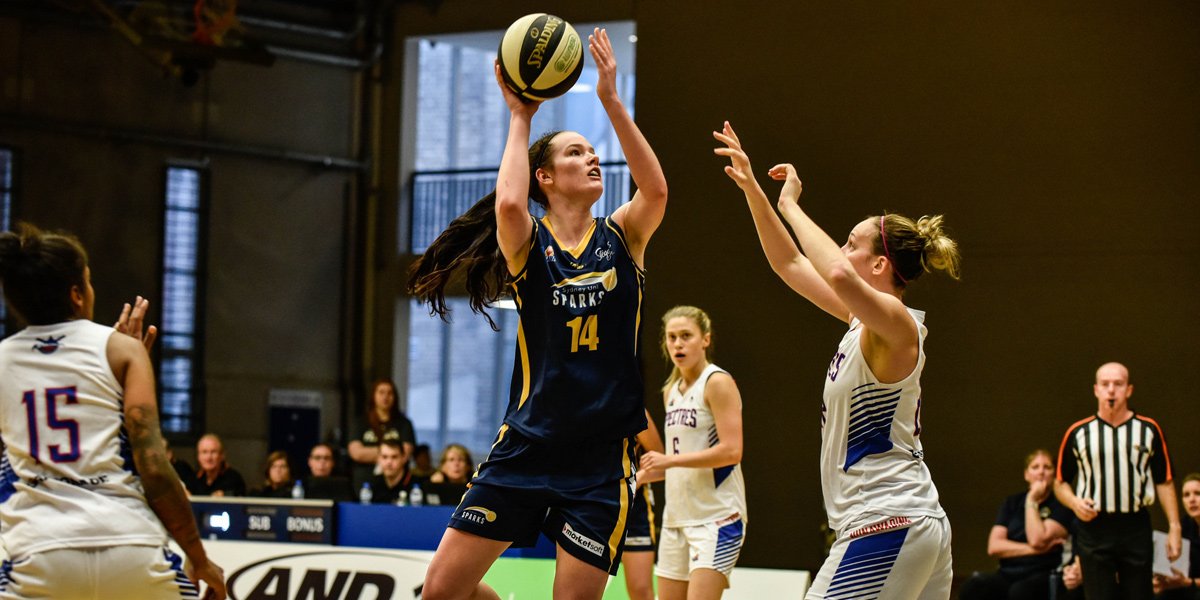 We know from many studies in the last ten years that elite athletes do not get enough sleep (<7hrs of sleep per night). However, most athletic research has been done with male athletes. To understand female athletes’ sleep, we partnered with an elite female basketball team in the Women’s National Basketball League (WNBL) to determine how they sleep during a season. Basketball players require good sleep to be ready for training sessions during the week and multiple games played in close succession (two days in a row) during a competitive season 1.

There are many challenges for obtaining sleep in this group such as interstate travel (up to 5hrs and 3 time zones crossed), media, extra-curricular activities such as university education, additional work commitments and anxiety leading up to competitive games2 3. The same can be said about coaches who are often overlooked in this work; they are no more immune to the deleterious effects of sleep loss than the players they train.

At the end of 2020, myself and fellow researchers had a paper accepted for publication in a scientific journal. The article is titled “An education intervention in a professional female basketball team and coaching staff improve sleep and alertness”. 4

How did we collect the sleep and performance data?

We recruited 12 elite female basketball players and three male coaches. The coaches were aged 42±15 years, and their weight was 101±19 kg and a height of 186±10 cm with the players aged 25±2 years, and they weighed 70±8 kg. All wore actigraphy devices (Fatigue Science, Readiband) for 30 nights during the Women’s National Basketball League, Australia to assess sleep and completed questionnaires assessing daytime sleepiness, insomnia, and sleep apnoea. We recorded a combined 450 nights of sleep, resulting in >3,500 sleep and alertness measures. We generated a continuous measure of alertness over time using the biomathematical model known as SAFTE (Safety, Activity, Fatigue, Task, Effectiveness) to measure alertness.

The SAFTE algorithm incorporates a homeostatic sleep reservoir, circadian oscillator and a sleep inertia function 5 to generate a measure of alertness 6. These measures of alertness derived from the SAFTE algorithm have been validated against the psychomotor-vigilance test (R2 = 0.88, p ≤ 0.001), such that the higher the alertness score the less the likelihood of lapses in reaction time. These alertness scores can also be related to the estimated reaction times at equivalent blood alcohol concentration and associated error risk. Ideally, individuals and teams should be training and competing when alertness is maximal >90%. We have used such an approach previously in Super Rugby7; the full paper can be accessed here.

So what did we find?

This data provides valuable information for the team and the coaches to assess where they are right now. However, more importantly, we now have a baseline to measure any differences. In part two of this story, we will look at how a sleep education program may improve sleep in this group.

PrevPreviousProtecting the mental health of workers: Time to check back in!
NextAn education intervention in a professional female basketball team and coaching staff improves sleep and alertness – Part 2Next

Mouth taping and sleep apnea: shut your mouth about shutting your mouth

Understanding the Sleep of Ultra-Marathon Swimmers: Guidance for Coaches & Swimmers

Prolonged mask use in safety-critical roles, and its potential impact on fatigue