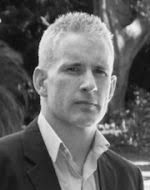 In the mining, oil, and gas sectors, he has worked internationally as an advisor to major companies including Rio Tinto, Woodside, BHP, Anglo Gold Ashanti, South 32, Karara Mining, Peabody and Goldcorp. Other sectors include agriculture with CBH group and rail with Metro Trains Melbourne. He has been responsible for the development of global practices, integration, and project management across multiple product groups. This has entailed the quantification, analysis, and interpretation of multiple data streams to support health, safety, financial strength, and productivity. Within elite athletic groups, he has worked with the Australian Institute of Sport, West Australian Institute of Sport, Super Rugby, Australian Rules Football and Formula 1 to optimise human performance in preparation for international competition and the Olympics.

Ian is a regular speaker/chair at universities and international conferences in mining, transport, sports performance and physiology. He regularly contributes articles to media outlets such as the Australian Financial Review, The Australian, Men’s Fitness, Blitz Martial Arts, BJJ Scout and Huffington Post. He has spoken on the Health Report on ABC radio in Australia, ABC radio national and numerous podcasts. In addition, he has appeared on ABC television, Channel 7, 9 and 10 in Australia, and was a TEDx Perth speaker in 2017. He is author and co-author of numerous technical reports, scientific articles, and industry guidelines, and a regular reviewer for scientific peer-reviewed journals.

An active athlete, I have completed over 20 ultramarathons to date, including the Ultra-Trail Australia 100km (7 times), Leadville 100 miler, numerous marathons and trail running events. My current focus is on improving my swimming to undertake long-distance open water swimming events (10-20km).